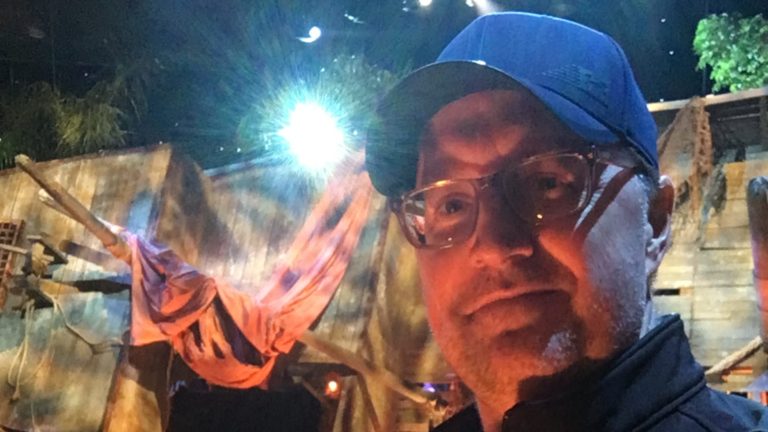 Greg Reeves is Vice President for Local 728 and has been a part of the union for 25 years. He works for CBS Studio Center and helps facilitate equipment and production for the studio. Reeves has worked on set for several television shows and has been the Assistant Chief Lighting Technician for three years.

“I was on a show that was ending and we didn’t even do the last show,” says Reeves. “I went from working an average 55 to 60 hours a week to instantly nothing.”

Reeves says it’s been 3 weeks so far since he has worked and he is just accepting the realization of everything.

(He Exhales) “Everybody was trying to react in a way that made sense,” he says. “It felt like Dominos.”

Reeves says although he is not going to production sets, he is still working.

“Everyday I go to my kitchen and I pull out my laptop and I begin my outreach,” he says. “I am checking on people daily. I feel like it’s my duty to do check-in’s, I text or call ten members a day.”

Reeves says it all started quickly.

“It began with one of the Local 728 members from the Young Workers Committee who started doing outreach, so I began doing my own form of outreach as well,” he explained.

“We’ve had one food delivery assistance so far. It’s been a powerful experience to take care of each other. We want to make sure all of our members essential needs are met,” he says. “If one member has too much food and another member needs food, we’re making a food delivery. This pandemic has shown us the importance of our bond. We welcome the responsibility to help each other.”

Reeves hopes that things will be able to go back to normal sooner than later, so members won’t be forced to drain their entire savings.

“I always just remind my fellow members to think of this moment as the worst job ever but it will end one day,” Reeves says. “That’s the positive outlook, that is the silver lining.”