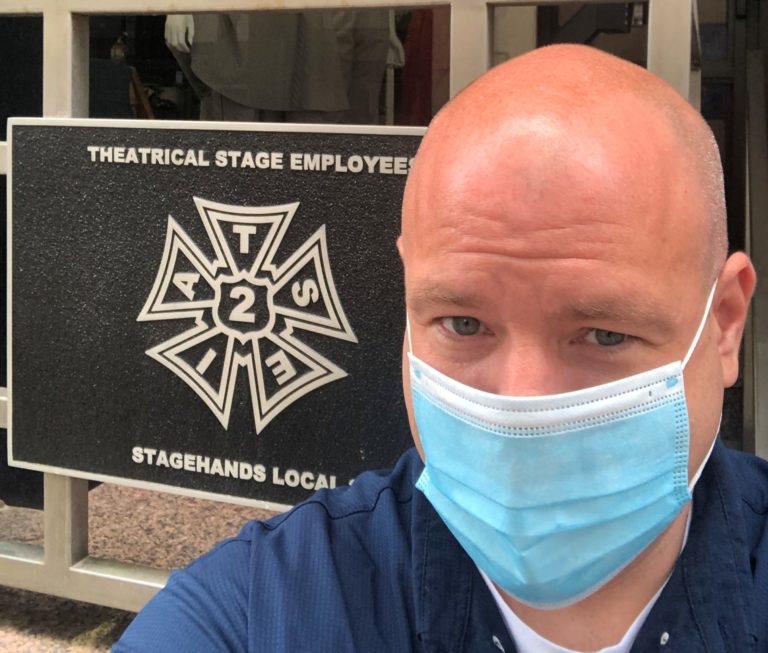 Before the pandemic, Local 2 Vice President and Assistant Business Manager, Frank Taylor says his Local had just began working on reaching out to other locals and establishing a travel team for the National Democratic Convention in Milwaukee and Summerfest.

“We were reaching out to members of other Locals who wanted work and opportunities outside of their cities,” says Taylor. “We were preparing for a really big summer. So, it was very devastating when everything ended.”

Taylor details all the steps his Local immediately put in action at the start of the pandemic.

“International Vice-President Carlson set everyone up, where we were able to work from our homes. The office phones were all rerouted to our cell phones. We basically made our office mobile,” says Taylor. “Our executive board met with the social board and we immediately began contacting retirees first. We also called every board member and referral that we have.”

“We’ve teamed up with mental health and wellness programs that host online webinars for members to participate and use these services during these crazy times,” he added.

In mid-April Taylor says Local 2 stagehands also raised over $11,000 through their Go Fund page. After presenting the check to the Greater Chicago Food Depository, their contribution was able to feed 34,260 people during the COVID-19 crisis.

“Along with our contribution to the Chicago Food Depository, our Local was able to do a blood donation service by setting up a blood drive with the Vitalant organization,” he added. “Our Local has been working round the clock helping each other and the community. I tip my hat to my fellow members Lissette and Christine, they’re both killing it.”

Taylor says despite the crisis causing all work to end, the pandemic has allowed members to really check in and call one another during this time.

“Our membership is so strong. We’re all in this together because it’s been hard on everyone,” says Taylor. “My wife doesn’t get that “family support” that I get from my union and the type of outreach we’ve done or resources we’ve received. It’s truly an awesome feeling. This is the time when solidarity is most important.”

Taylor says he hopes everyone remains safe and healthy during this pandemic.

“I hope we all come out of this with the least amount of bruises as possible, both mentally and financially from Covid-19,” says Taylor. 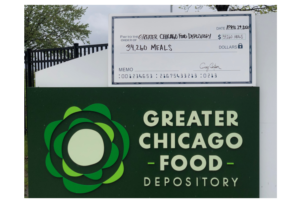