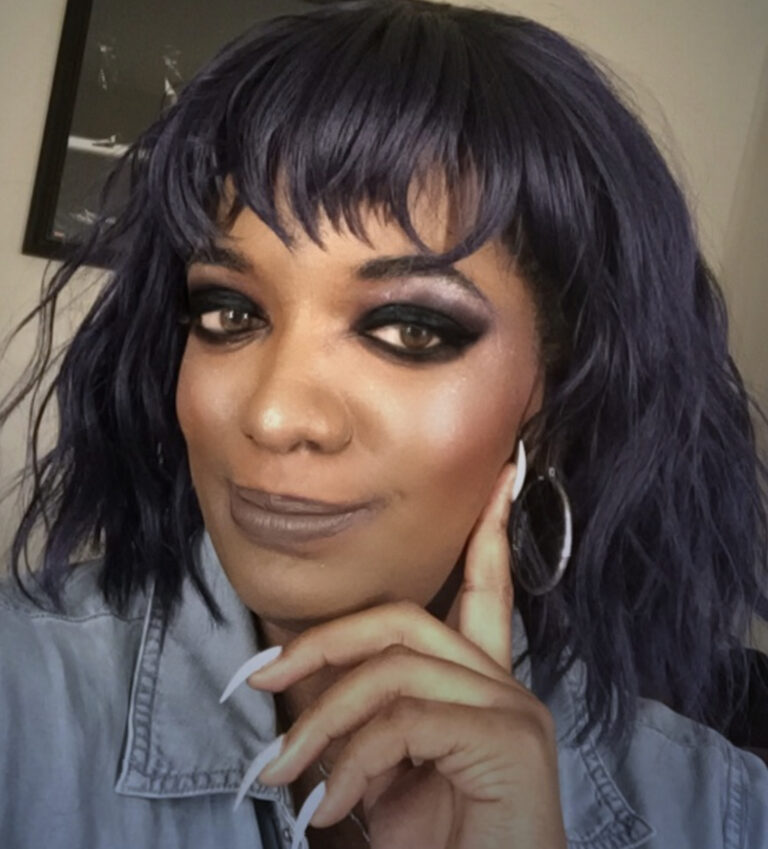 IATSE 764 member and Brooklyn artist Rayneese Primrose’s artwork has been selected by the Rockefeller Center to be a part of “The Flag Project”, artists designed flags that will fly high from the iconic flagpoles surrounding The Rink at Rockefeller Center.

The new public art installation celebrates New York City’s strength, culture, and resiliency with themes of love and unity. This outdoor exhibition showcases the original work of 193 artists from all over the world.

Primrose says she discovered this opportunity after seeing an ad on Instagram.

“Rockefeller Center ran a call for an artist’s submission campaign across its social media accounts and website for artists to design a flag to be flown at Rockefeller Center, temporarily replacing the 93 national flags that surround its iconic rink,” she says. “I saw the ad on Instagram a couple of times, but I always just scrolled past it thinking it was a sweepstakes ad.

Primrose says one day, she decided to click on the ad and visit the website to gain more information. She would then discover the campaign was a love letter to New York.

“I excitedly applied and submitted my image online,” she added.

Primrose’s says her Lady Liberty’s design was inspired by the Statue of Liberty; as it celebrates and symbolizes freedom, democracy, hope, justice, and opportunity.

“It also serves as a visual marker for the painful irony of the aforementioned rights and freedoms historically and categorically denied to the black Americans whose liberation it was meant to celebrate upon its completion and dedication,” she says. “And to the immigrants who also found themselves denied the promise of the American dream upon arriving to America.”

Influenced by Maya Angelou’s poem ‘And Still I Rise’, Primrose reimagined the statue of liberty as a symbol that truly represents everyone.

“Using the image of a strong black woman I sought to uplift historically silenced voices and personify my own self on the rise,” she added.

Primrose says she can recall her initial reaction being a state of disbelief.

“I was in disbelief for a week before it hit me that my art was going to be flying high at Rockefeller Center,” she says. “I didn’t tell anyone until a week after I received the news. I needed to see it to believe it.”

Primrose says to see her flag flying high at one of New York’s famed landmarks, is a dream come true! 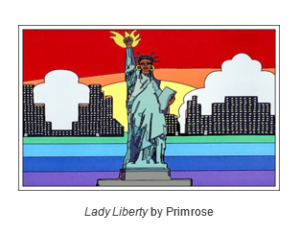