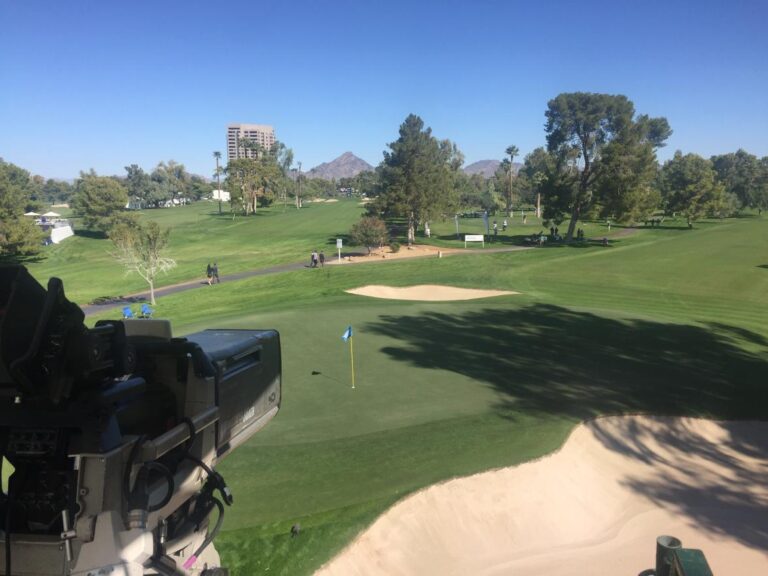 NEW YORK, NY – Golf Channel crews responsible for broadcasting portions of the PGA and LPGA Tour are up in arms about a lack of COVID testing, which they say is a major workplace hazard.

While players and caddies have received rapid COVID tests prior to events, Golf Channel’s behind-the-scenes workforce is not afforded this same benefit. This has led to multiple infections among broadcast crews whose work requires substantial travel between locations and whose craft does not always allow for social distancing.

“With crews constantly traveling and coming into contact with players, other crew members, and event volunteers, we’re concerned that without proper testing protocols it’s a matter of time before a Golf Channel show turns into a spreader event,” said Justin Conway, who represents Golf Channel workers with the International Alliance of Theatrical Stage Employees (IATSE).

As other major television networks covering golf and sports events have instituted testing for crews, Golf Channel management has been uncooperative in response to calls for tests to be made widely available for broadcast crewmembers.

This development is the latest in a series of labor relations issues at the Golf Channel. In January 2018, more than 300 broadcast technicians represented by the IATSE were forced to strike for 11 days in order to win an acceptable contract. In January 2020, before the pandemic nearly shut down the industry for months, that contract was up for renewal, and safety provisions were a key issue for crew members in those negotiations.

Golf Channel is an affiliate of NBCUniversal, already part of the Alliance of Motion Picture and Television Producers (AMPTP), with whom the IATSE finalized an agreement for strong COVID-19 procedures in September, which include mandatory recurring testing. “These techs bounce between networks and tournaments frequently; in some cases more often than workers who produce scripted motion pictures and television shows under the  NBCUniversal umbrella. We believe it’s resulted in a situation where Golf Channel broadcast technicians are being treated as second class citizens,” said Conway.