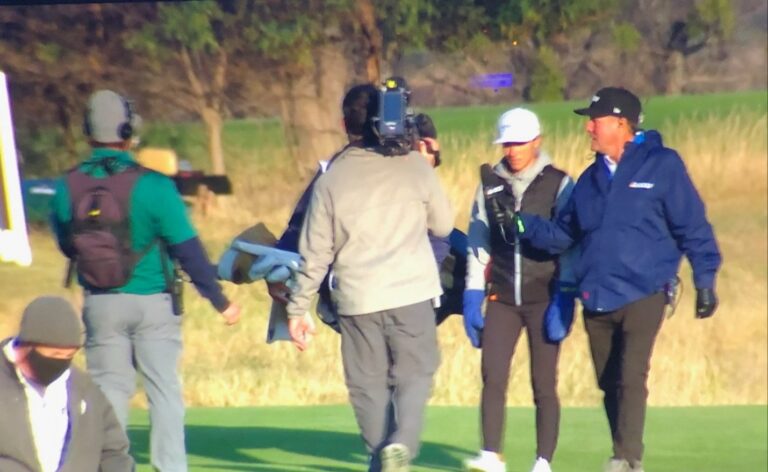 NEW YORK, NY — In a rebuke of Golf Channel’s refusal to provide Covid testing for behind-the-scenes workers, over 10,000 concerned allies have signed a petition addressed to Golf Channel Vice President of HR Julie Lusk urging the network to provide testing for “the sake of broadcast workers, players, and their respective families.” Currently, players and caddies attending PGA tour events receive tests prior to participating; however, broadcast crews are excluded from these protections, which workers say has led to multiple infections among crewmembers.

“It’s disappointing that Golf Channel won’t follow the lead of the other major golf broadcasters and provide tests for workers,’ said Justin Conway, who represents Golf Channel broadcast techs with the International Alliance of Theatrical Stage Employees (IATSE). “These crews travel extensively just to do their jobs, and this puts them in a very high-risk category for infection. It’s baffling why Golf Channel wants to put workers, players, and the public at risk like this.”

Just last week, the IATSE broke the story that top epidemiologists from Harvard University and The University of Massachusetts Lowell had raised a number of concerns with elements of the Channel’s Covid safety plans at remote sites. In their review, the public health experts stressed the importance of testing anyone who could encounter PGA tour participants: “It is prudent to provide tests for all workers who come into contact with players, other workers or the public…Establishing regular testing protocols for broadcast crews would substantially lower the risk of an asymptomatic individual infecting multiple people at an event. By choosing not to have testing for Broadcast crews, management at the Golf Channel are increasing the risk to players and crewmembers.”

The International Alliance of Theatrical Stage Employees or IATSE (full name: International Alliance of Theatrical Stage Employees, Moving Picture Technicians, Artists and Allied Crafts of the United States, Its Territories and Canada), is a labor union representing over 150,000 technicians, artisans and craftspersons in the entertainment industry, including live theatre, motion picture and television production, broadcast, and trade shows in the United States and Canada