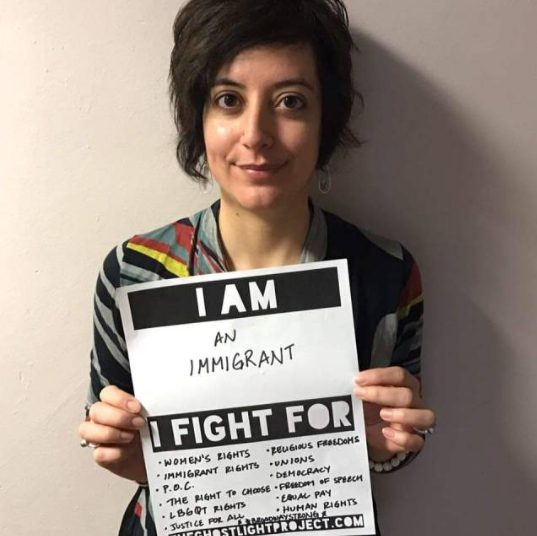 Meet IATSE Local 764 member Andrea González. She began her career in the entertainment industry in 1997, while she was living and moving around a lot between the suburbs of Massachusetts. However, it wouldn’t be until 2002, when González would get the opportunity to work her very first show, Broadway musical “Into the Woods”, after meeting and working alongside Wardrobe Supervisor, Alyce Gilbert.

Following this great opportunity, González began learning more about Broadway and the many ways she could contribute to the world of entertainment. Due to her work as a swing (a substitute for the regular dresser) on the show “Into the Woods” this moment led González to working with Wardrobe Supervisor Linda Lee, whom she would then work alongside for fifteen years.

“My connection to Linda has been the lynchpin towards my success in my Wardrobe career,” says González. “In my career in entertainment, I have been a box office supervisor in regional theater; a swing, a full-time dresser, and an Assistant Supervisor on Broadway”.

González says while working as a swing for two months on shows “Into the Woods” and jukebox musical “Movin’ Out”, during this time she was introduced to the International Alliance of Theatrical Stage Employees.

She added. “After 30 days of accumulating the required work hours, I joined the union”. 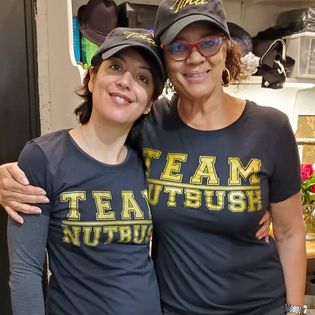 Since becoming an IATSE Member in 2002, González who is an Ecuadorian-Canadian-American says the union has had a huge impact on her way of life as an immigrant in the U.S.

“Although the work hasn’t always been stable, I’ve been lucky that my work has spoken for itself and I’ve been able to work fairly consistently since I started,” says González. “I’ve had great teachers to show me the ropes and the standards are very high. People live for the magic we create, and it’s been a special experience being in the union. The union has been a great place for health benefits, 401K and workable wage.”

González says seeing all the activism from her fellow IATSE Sisters and Brothers during the recent presidential election also made her so proud to be an IATSE member.

“It brought tears to my eyes to see my Sisters and Brothers actively getting involved with the election, spearheading things and union labors being so active. It was inspiring.” she expressed.

“I became a U.S. Citizen in 2016, just in time to cast my vote in the Clinton and Trump election. I had so many immigration experiences, it was really tough.” she added. “Before you become a citizen, your right to be in this country is always called into question, particularly: Are you taking away an American’s job? Latinos are lazy. You’re stealing our jobs. How did you get this job? Most of us are so practiced in staying under the radar and not speaking up for not wanting to “rock the boat” or “cause problems”.

Being an immigrant can be painful and isolating for some of us who didn’t necessarily immigrate with any or a lot of family, particularly those of us who work in theater around the holidays.”

For those fellow union immigrant members, González says it can feel intimidating as a stagehand, a hair person, wardrobe person, or anyone in so many entertainment sectors but it’s important to take your power back and know that you aren’t as alone as you may feel.

“You belong here”. She added. 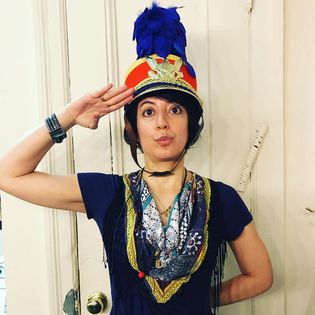 Andrea during a costume prep call on Hello, Dolly!

“The IA has become more diverse over the years and I’m glad it’s happening now, but it’s important that when the shows return, our voices continue to be heard”. She expressed.

“Touring houses need people of color, there are only a few women or people of color in backstage in general and our wages don’t match our IATSE Brothers and Sisters. A change pay parity needs to be done between wardrobe and stagehands.

However, there are some people at the top who care and I’m happy and grateful for that. Theatre tends to be an instant family and together we can make it happen!” González says.