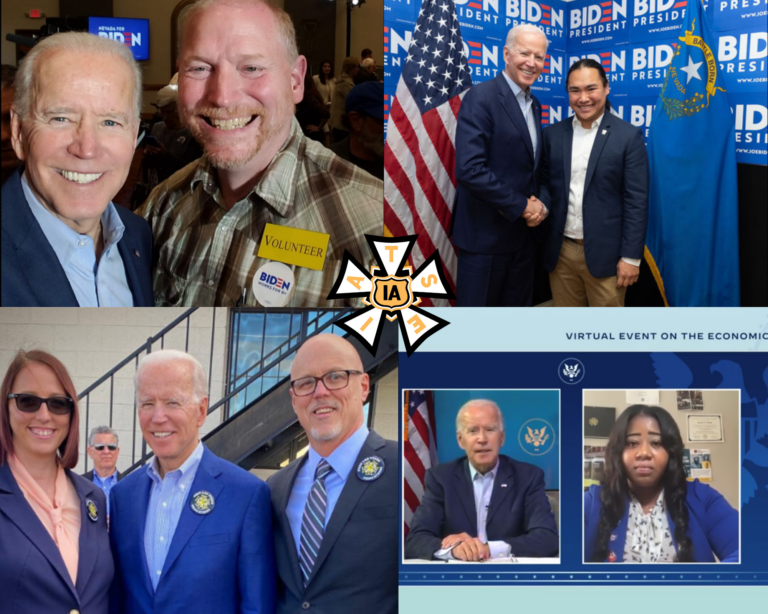 WASHINGTON D.C. — During his campaign, President Joe Biden promised to be “the most pro-union president you’ve ever seen.” Following his inauguration as the 46th President of the United States, he wasted no time making good on that commitment. In his first hours as President, Joe Biden prioritized the needs of working families through the following actions:

President Biden has also proposed the American Rescue Plan, a $1.9 trillion COVID relief package, as his first legislative priority and said that a larger recovery package will follow. In addition to including a plan and funding to take on the virus, the proposal calls for:

IATSE supports this proposal and is working with Congress to see it enacted.

These policy changes serve to make significant strides in the right direction for working-class Americans. We trust that this will set the tone for future initiatives undertaken by the Biden Administration.