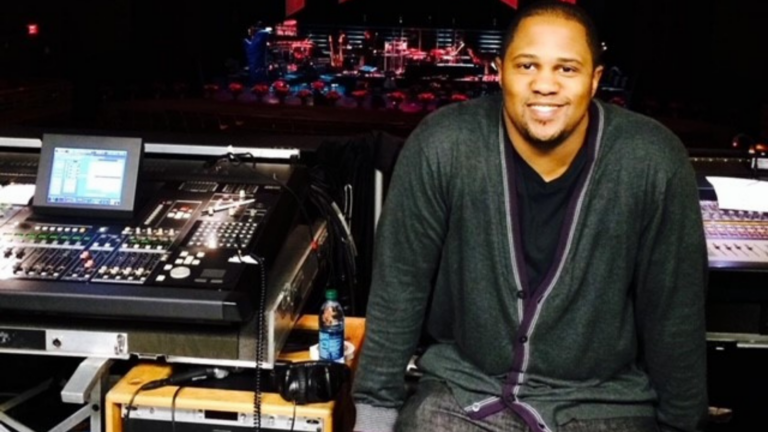 For Audio Engineer and Grip, Lorenzo Mack, the world of entertainment and theatre sparked his interest during his Sophomore year at Davidson College located in Davidson, North Carolina.

“I took Theatre 101 and at the time they needed someone strong to run the fly rail, because I was playing football during this time, I was the perfect candidate,” he laughs. “Before I knew it, I was doing both the A-track and B-track for the theatre shows.”

Mack says because he didn’t qualify for work study and was in need of a job that worked with his Football schedule, he recalls going to his theatre Technical Director/mentor and now fellow IATSE Brother, Jim Nash to inquire about a job.

Mack says on his very first show he can remember the standing ovation from the audience giving him that same feeling and rush he would get from playing football.

“In my life, there have only been two things that have given me that tingle; running a show and playing football,” he added. “At that moment, I didn’t know if this would be my career but I knew the feeling felt great.”

After graduating from Davidson College, Mack began working in Finance, but he didn’t like it. Despite this promising career in Corporate America, he immediately knew he had to quit and return to what sparked his passion, Entertainment.

“The next day after I quit my career in Finance, I was on a show with Jim Nash and I worked my way into Local 322,” he says. “From that moment, I never looked back.”

Today, Mack is a member of Local 322 and 491 and says even the days that feel long, doesn’t feel like work. From the people he gets to work with to the shows his IA Sisters and Brothers get to run, he knows this career was destined for him.

Mack says with the immense impact COVID-19 has had on the entertainment industry and it’s workers, he hopes Congress and as a society, we can find a solution to get everyone back to work safely.

“We’re all working people in this world trying to support ourselves, family and friends. We all have our own individual aspirations for our careers,” he added. “It takes some people years but in other cases, other decades to build and grow into this craft. We can’t just uproot ourselves and go find another career or industry, because entertainment is our passion. Entertainment is what many people used through the COVID-19 shutdown, whether it was binge watching movies, shows or music. We are the workers who make entertainment happen!” 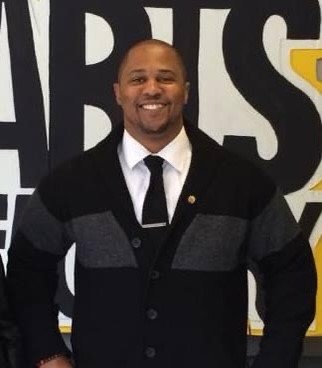 Amidst the COVID-19 impact on entertainment and the shutdown of production globally, the conversation of diversity and representation on and off screen was a frequent headline that unveiled Hollywood’s lack of diversity and inclusivity.

Mack admits the announcement of IATSE’s Diversity, Equity and Inclusion Committee caught him by surprise but as a proclaimed agitator for equality and equity for everyone, he’s thrilled to be one of the first founders of the DEI committee.

“When I heard that President Loeb was forming this committee, I knew it was going to be something great,” he added. “In May 2012, I was introduced to my Local as a member and nominated to attend a convention that year hosted by Local 322. I remember sitting in the room and President Loeb discussed two things: The IA getting younger and the Training Trust Fund.”

Eight years later, Mack says the Training Trust Fund has built a lot of trust amongst members and to witness the follow through that President Loeb has for the union’s vision, is motivating. Now, with the DEI Committee he says Locals will have more exposure and education on BIPOC, LGBTQIA+ and women members who have been excluded for years.

“What we’re going to do on this DEI Committee will be just as special, as what has been done with the Training Trust Fund.” he added. “We’re going to build a better pipeline towards a more diverse and inclusive union.”

Mack admits whether it’s intentional or not can’t help but to notice the handful of people of color when attending different IATSE events. He says as a union, we must ask ourselves why this is? Mack urges BIPOC and non-BIPOC members to raise their awareness on this issue and work to implement the necessary change.

“We have to be accepting of the change and know this is for a group of people who feel underrepresented and underutilized,” he says. “BIPOC members are not coming to take everyone’s job, we just want equal access and opportunity to have the pursuit of happiness in our careers just as anyone else.”