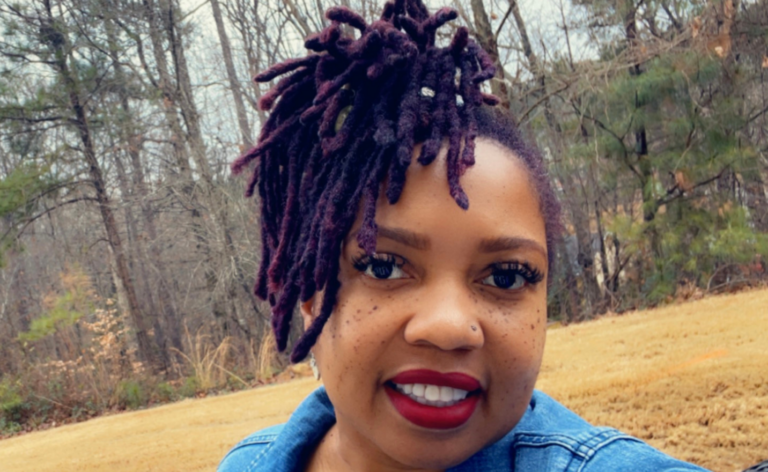 With a career spanning over thirty years, Local 798 Makeup Artist and Journeyman Carla Van Nessa Wallace also holds a Master of Cosmetology license. She has freelanced for networks such as CNN, WSB, and The Weather Channel. After years of working as a freelancer in television Wallace decided to apply to IATSE Local 798 and officially became a member in 2015. “I feel so blessed to be able to do what I love and have it as my career. I have always been a person who wanted to celebrate the beautification of women,” she added. “It’s always been the beauty for me. I am also so thrilled to see all of the education, training and respect that surrounds the trade today.”

Carla says her most memorable moments in film and television were working on set with the iconic Phylicia Rashad, the late Cecily Tyson and Whoopi Goldberg. To share space with these ladies was an unexplainable feeling.

On being a black woman in entertainment, “depending on where I’m working and which set’s I’m on, determines how diverse and inclusive the makeup department will be,”

Wallace says. “Because there is such a highlight on it now people are making more of an effort. However, it has to be a joint effort between above the line staff, casting and the talent. You may work on a project and the hair team will be African American if there are many African American actors on the show. However, when it isn’t a “Black” show or film, there definitely needs to be improvement for the opportunities to be considered and interviewed for those positions. As a makeup artist I have to be knowledgeable on every skin tone and texture. In my experience if the production doesn’t have a primarily black cast, I am not often given more opportunities to showcase my talents. We should have equal representation.”

She emphasized that one step towards measurable change would be if actors of all races were more vocal about the representation behind the scenes to ensure an inclusive production crew. “We need it in the camera department, grips, and every craft,” she added. “There has to be a will and execution in the places we need for there to be real change.”

Wallace says whether you are a white or BIPOC make-up artist or hair stylist, the most important factor is having respect for the craft, investing, and educating yourself. “You need to be able to accommodate every person, skin tone, know color theory and hair textures,” she added. “You can’t call yourself a professional make-up artist if you only know how to do makeup on your skin tone.”

Due to this issue left unaddressed, Wallace says unfortunately black makeup artists and hair stylists have been left to feel undervalued and underrepresented in comparison to their counterparts. “We know what the issues are,” she added. “We need to focus on moving forward, the resolution and be active in that change. What I appreciate about IATSE is the openness and support for the Diversity Equity and Inclusion committee, it has been truly motivating.”

Wallace encourages her BIPOC and non BIPOC Sisters and Brothers to remain eager during this movement for change, diversity, and the era of COVID-19.

“Be encouraged. Stay diligent and be the change you want to see,” she says. “Don’t just talk about the negative, speak your mind but then evoke positive action. Each artist should want to be a mentor and want to bring another artist into the game, continuing their legacy of hard work and light. We will keep going and get through all of this as Sisters and Brothers under the umbrella of IATSE.”