Local 212 Costume and Wardrobe Department Head Adejoke Taiwo Shares Her Journey with IATSE and Talks Diversity and Inclusion in Canada. 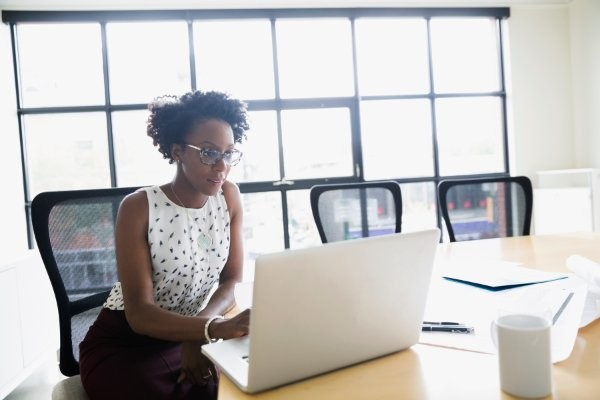 “I have always been interested in clothes and fashion since I was six years old,” says Costumer and Wardrobe Department Head and Local 212 member Adejoke Taiwo. “My Father’s mother was a tailor, so at the early age of six years old, was the first time I showed an interest in the skill. My parents decided to enrol me in sewing classes and I took these classes all throughout my teenage years.”

Taiwo says she wanted to study fashion in Toronto, but her parents did not want her to be too far from home. “There was a costume program at Red Deer College, a local college near my home. So, I enrolled and studied Costume Cutting and Construction for Theatre for two years,” she says. “After I graduated with my Diploma in 2003, I returned to Calgary and found a job at the local theatre, Theatre Calgary and the Banff Centre and became an IATSE permit in the Theatre caucus.”

Ultimately, Taiwo moved to Toronto in 2004, earning her BA in Design from Ryerson University and began actively working in the fashion industry. However, due to an unfortunate leg injury she was left paralyzed a little over a year later. With no family in Toronto, Adejoke returned to her family home in Calgary and focused on her health and road to recovery.

During her stay in Calgary, Adejoke says she ran into an old friend who suggested she return to Theatre Calgary and the Banff Centre and start working again in theatre and film. After giving it some thought, Taiwo says she began doing the groundwork and because of her years of experience, by 2010 she was working as a Costumer in film consistently. In 2011 she officially became an IATSE member.

Over the years, Adejoke has worked as a film Costume Designer in Calgary and Vancouver. Taiwo has worked on many projects such as Tribal, Tin Star Season 2 Chad, and ILand. She says although, Canada does not like to acknowledge that racism exists in their country. The lack of diversity and inclusivity has left many Canadian BIPOC talent, on and off-screen, feeling dismissed.

“I have noticed in the last two years the on and off screen talent for diversity has improved in the U.S., but the same effort and push is slow to be reflected in Canadian productions,” she added. “There are a great number of black costumers and designers in Canada, but in Calgary there are zero. As Department Head, I notice it more. I am more aware of my presence, skin color and what people think of me because they don’t expect me to be head of a department.”

Adejoke says on many occasions her assistants will notice or bring to her attention any unfair treatment, or assumptions that initially she may not notice. “As a Costumer, you have to do a lot of retail shopping. Often times my assistant will notice a sales associate watching closely aside as we shop or when I am picking up my per diem, the Accountants will ask my assistant how I would prefer my payment even as I am standing right there,” she says. “I think it’s because they assume that a black woman could not be the Department Head.”

Adejoke says she hopes sharing her story will encourage her IA Sisters and Brothers of all races and backgrounds to not be afraid to question themselves. “Don’t just say to yourself, that you’re not bias, because sometimes we all have an unconscious bias,” she added. “We all make mistakes, but we must think about our actions and focus on the steps towards measurable change. The IA has already taken the first step by sharing the stories of its BIPOC members to ensure Motion Picture will hear our stories and continue to amplify our voices.”