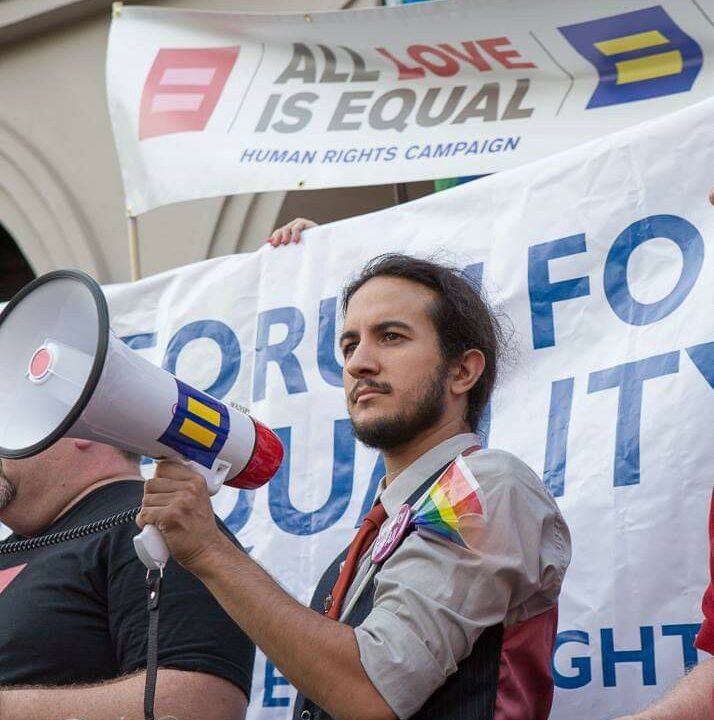 Sebastian Rey is a proud transgender member, Costumer for Local 478 and has been a part of the union since 2011.

“I love my crew and the film industry,” he says.

Rey admits his fondest memory since being in the union as an LGBTQ member, was at the Southeast Regional meeting in 2009.

“When I was sworn in, I remember wanting to bring awareness on the inclusion of insurance coverage for trans members. Despite if your documentation doesn’t match, one should still be covered,” he says.

“After I was done speaking a man stood up and yelled loudly, ‘If we’re not protecting trans members, what’s the point of being in the union!’ And the crowd joined in support. At that moment, I realized I would be fine in this industry and in this union,” he laughs.

Rey says he’s been union proud since that moment in 2009.

As a mixed-race man, Rey says before joining IATSE he can recall avoiding speaking his mind or being in spaces where he would likely be discriminated, or his safety jeopardized.

“I’ve found my voice and a home within the union,” he says. “Now all I want to do is speak the truth and see the response I get. It’s been an effective change in me, since joining the IA. I admit the confidence makes you want to create good trouble everywhere.”

“Do we have a lot of work to do? Yes. However, it’s a great feeling to know we’re not starting from ground zero,” he added.

His hope is that the union continues to enforce collective bargaining rights and welcomes production assistants in the union, allowing them access and protection benefits from the IA.

“I wish we could have a mutual respect and cross-educate for all departments,” Rey explained. “Too many times production assistants are women, especially black women and they’re not covered. My wish is that we erase sexism, racism, get rid of the myth of each department and all come together as one.”