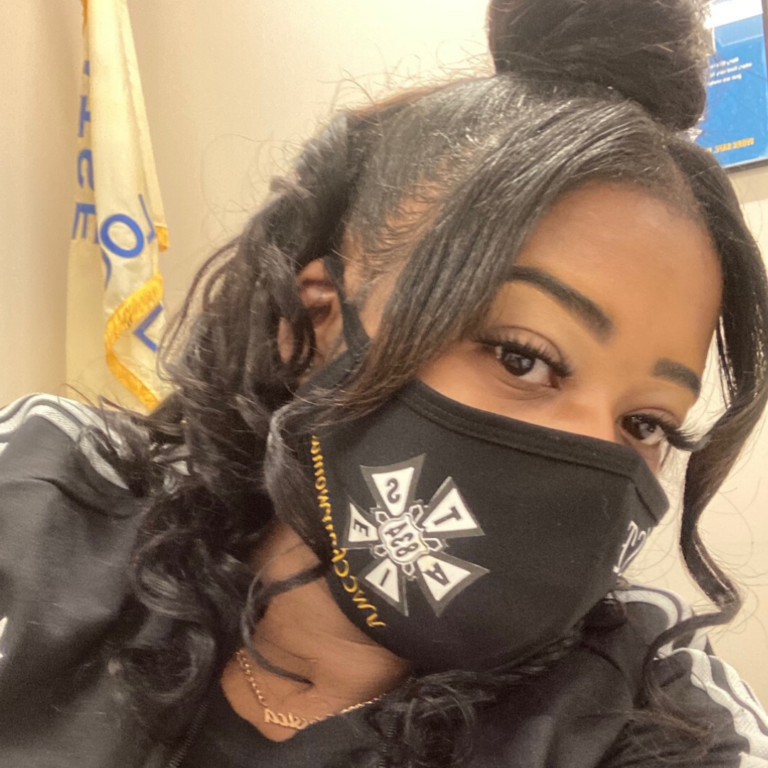 Local 834 Vice President-Elect, Jessica Gavin is a rigger in the exhibition industry, she works on several tradeshows and has been a part of the union since 2017.

“I absolutely love my job and love what I do,” says Gavin. “To be a female rigger in a white male-dominated industry is very rare.”

Gavin says it was at the 2018 young workers conference, where she learned a lot about the IA and discovered all the different opportunities available to her.

“After the 2018 conference, Local 834 started their own young workers committee and I was appointed co-chair,” she says.

Gavin says she is very proud to be a member of her Local and says they have participated in Civil Rights movements, the 2020 MLK Walk and back-to-school drives. 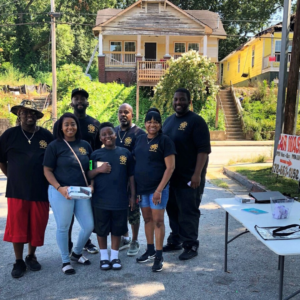 “Everyone is involved in all the initiatives we do,” says Gavin. “I can honestly say it’s not just because of these unprecedent times either. My Local has always been like a big family. This is not just a job for me but a lifestyle, my coworkers are my family.”

Gavin says she would have never imagined four years ago that her life and career would be where it is today, if it wasn’t for I.A.T.S.E.

In December 2019, Gavin says Local 834 young workers committee held it’s first Appreciation Awards Dinner. This event was created to pay homage to those members who have been in the union for twenty-five years or more. 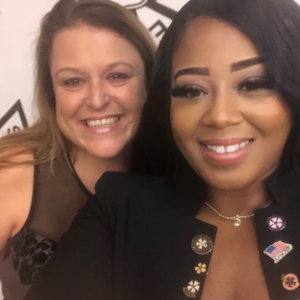 “The veteran members were super excited,” says Gavin. “For them to have confidence in passing the torch to the young members and know the future of Local 834 will be good, was a great feeling.”

Now as Vice President-Elect for Local 834, Gavin says she was in complete shock but excited when she was appointed the new rank within her Local.

“I couldn’t believe it. I’ll have to admit, I was a little skeptical about running. I didn’t think that I had enough experience,” she explained. “Although, I had experience running a salon in the past, I didn’t think the Local was fully aware of my previous business experience or recognize it as enough.”

After July Gavin will officially be the Vice President for Local 834 for the next three years.

“I’m excited about becoming Vice President of my Local,” she says. “It’s a beautiful thing as a young black woman in America, because we’re taught to be cautious when speaking or approaching certain issues in society. However, I’m not afraid to tackle on sensitive subjects. We have to have the difficult conversations today, to see the change we want ten years from now.” 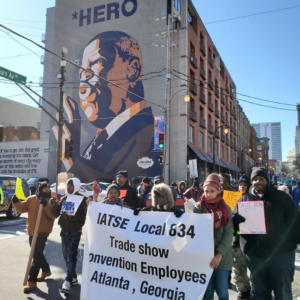 Gavin says she’s very fortunate to have such a very diverse Local. However, she admits she has noticed the diversity dynamic is not as present amongst other Locals.

“I think that it would be empowering if the International created a diversity committee, to take on these racial and social issues we have in the world,” she says. “It’s important we have a committee that can attack the matters of inclusion, diversity and racism head on.”

Gavin hopes all of her IA sisters and brothers continue to stay encouraged during these unprecedent times.

“If possible, I encourage all members to protest and allow their voices to be heard,” she added. “When you protest successfully and mobilize, you’re able to create the change you want to see. You can’t give up on anything you think is possible.”

She encourages all union members to believe in themselves and know you can manifest your dreams.

“Change comes from within,” Gavin expressed. “Our organization is powerful. I encourage all members to reach out to each other and organize together, because we are all brothers and sisters of IA.”