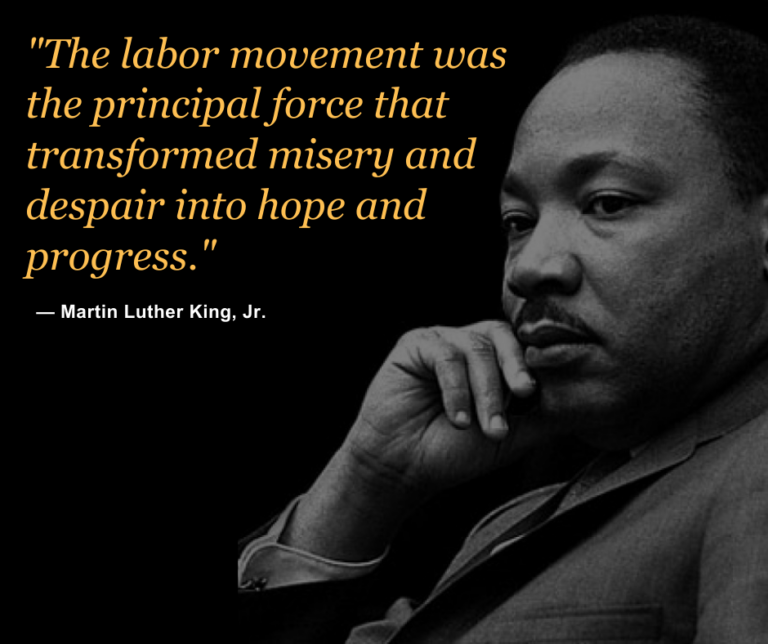 A champion of the civil rights and labor movements, Martin Luther King Jr.’s leadership and activism in the mid-sixties, still resonates in the labor movement 52 years after his assassination. In the days prior to his murder, Dr. King spoke with members of AFSCME Local 1733 and encouraged them to keep fighting unfair policies that were keeping their work unsafe and underpaid.

His tireless fight for racial and economic justice is a reminder that we have come so far, but there’s still work to be done. He believed that the structure of unions, their commitment to equal and fair pay and their calls for safe work conditions were a key component to an equitable society.

He also called on worker organizations to do better, and denounce discrimination within its ranks, and become a political force against those who seek to weaponize exploitation and threaten our right to be able to earn a sustainable, fair, and honest living.

When you speak of Dr. King and his legacy, remember that he spoke often of collective voice, collective action, and collective power. If we are united together, we win!