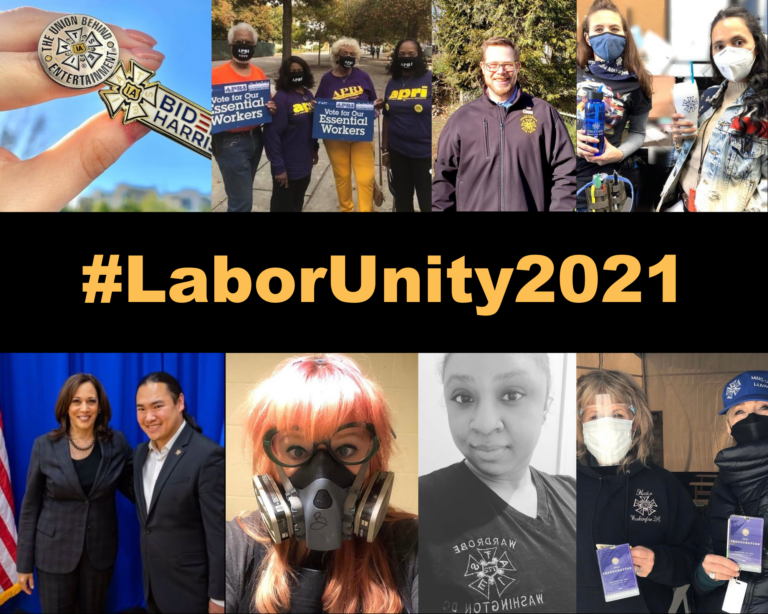 On January 20, 2020, IATSE members and union workers from across the United States shared selfies of themselves wearing their union swag, during the 2021 Inauguration ceremony on social media, using the hashtag #LaborUnity2021.

This was a moment of unity for the labor movement and the response to the campaign was remarkable, with hundreds of union workers submitting their pictures through our new “Voices” by ActionSprout app and participating on Facebook, Twitter and Instagram.

The #LaborUnity2021 campaign represented solidarity, hope and the victory working people delivered for themselves by showing up to the polls in record numbers, and electing pro-worker, pro-union politicians to lead our country and ensure that workers’ voices are represented and echoed throughout all levels of government.

A Huge Thanks to all who participated!