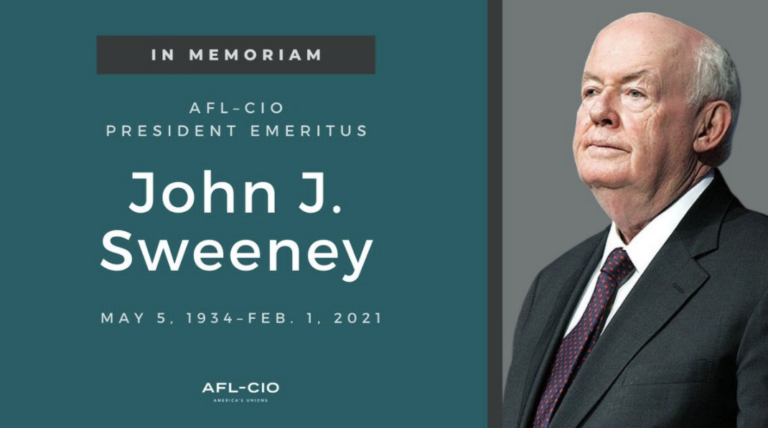 John spent his career fighting so that every working-class family could have the American Dream, and perhaps most importantly, he understood the indispensable role that unionism had in achieving that goal. As a leader during one of labor’s most difficult periods, John’s commitment to growth, political activism, social justice, and the idea that every worker should have a voice, breathed new life into the movement. During his tenure, the AFL-CIO made strides in extending its reach to previously overlooked groups and created much of the groundwork we now stand upon. Today, our thoughts and prayers uplift his memory and all that he stood for.