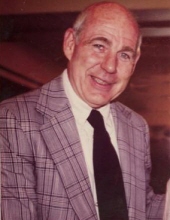 NEW YORK, NY — It is with a heavy heart that we report the passing of Gold Card Member and Retired Local 2 Business Manager Emeritus, Daniel “Danny” J. Kerins. Danny led Local 2 from 1967 through 1995 and was an IATSE Vice President from 1987-2004.

Danny was at the forefront of creating the tremendous foundation that the IATSE enjoys and builds on today. Local 2’s Annuity Plan is exclusively attributed to Danny, and he worked hard to fund it through countless difficult negotiations.

His contributions to Local Two and the IATSE were many, he will be missed. Danny was born February 28th, 1929 and was sworn into Membership in 1947, he was 91.